Why Management Hasn’t Changed and What To Do About It 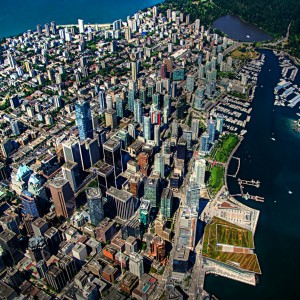 A few days ago John Stepper wrote If you’re trying to change how your company works, you probably won’t.  In it he argues that although we want to, there has been so little change that we can’t say the change is happening.  And I agree.

It’s not because they’ve misread the potential for change or because the technology isn’t good enough or anything like that. It’s because it’s still early. Because, collectively, we still don’t know enough about how to change these complex organizations, their people, and their deep-rutted ways of working. Because the corporate antibodies come out in force to attack anything that threatens the status quo.

True, but let me give another explanation of why so little movement is happening.  There are five reasons.

2) Where are the benefits?  So if we don’t know where we are going and can’t present a clear image of what the end product is, why would others follow?  Why would they take the chance?  Yes, it is risky.  Yes, people need to be bold.  And yes, it is a big change.  But if there is not an end product that we can say, “This is what it looks like and functions like and these are the proven benefits,” then very few people will follow.  If they can’t see the clear benefits they will dismiss it.

But herein is another problem.  The benefits are there – there are even case studies. But it disrupts the current model with all its own benefits that it isn’t seen as an advantage.  Thus…

3) Current management has dug it’s own hole.  It is so fixed on proving, ROI, rules, policies and it’s own (too often) inept culture that the rigidity it has created for increased output sake has created the inability to be adaptable.  So while it is doing great in one direction, the world is going in a different direction.

Why do companies exist?  Off the top of my head I see two major reasons: To supply capital and coordination.  With access to tools which are increasingly cheaper and less sophisticated and tools for global communication at an all time ease-factor, the need for the typical company as we know it is becoming less and less needed.  There are other ways.  Will it be in “company” form?  Probably, but the “company” will look and work and feel VERY different.

4) We can’t try it on for size.  (At least that is what they think.)  Just about everything has a return policy these days.  But there are too many perceived barriers for a trial.  If we change one thing is has repercussions in another area.  And since we are so P.C., we have this insane desire to make it “fair” for everyone.  Because that is too big of a job, they decide it is not worth it.  Done deal – it dies.

5) It is seen as too complex.  The unknown always seems so.  What we are talking about is a systemic change that is so overwhelming for so many that they can’t take it all in.  It is too overwhelming.   So start today with something small.  In fact, many small things, and test and try and learn and grow them.  You don’t have to go from a 3000 person company with 500 VPs (which exist) to a flat org in one bound.

The MIX is a great example of doing this.  Start small, test, try, adjust and grow.

So how do we change it?

My answer lies in emotion.  We are targeting this change toward companies that don’t have the human characteristics of passion, love, hate, empathy – they don’t have emotion.  They are driven by other factors.

Instead, focus on emotions – that means people.  Change the people and the people will change the company.  Simplistic in theory?  Yes.  Complex in execution.  But it does set (what I believe to be) a more correct direction.

Business Rules Have Been Obliviated – VIDEO

“Flat Army” Review – It is Time to Engage Your Employees