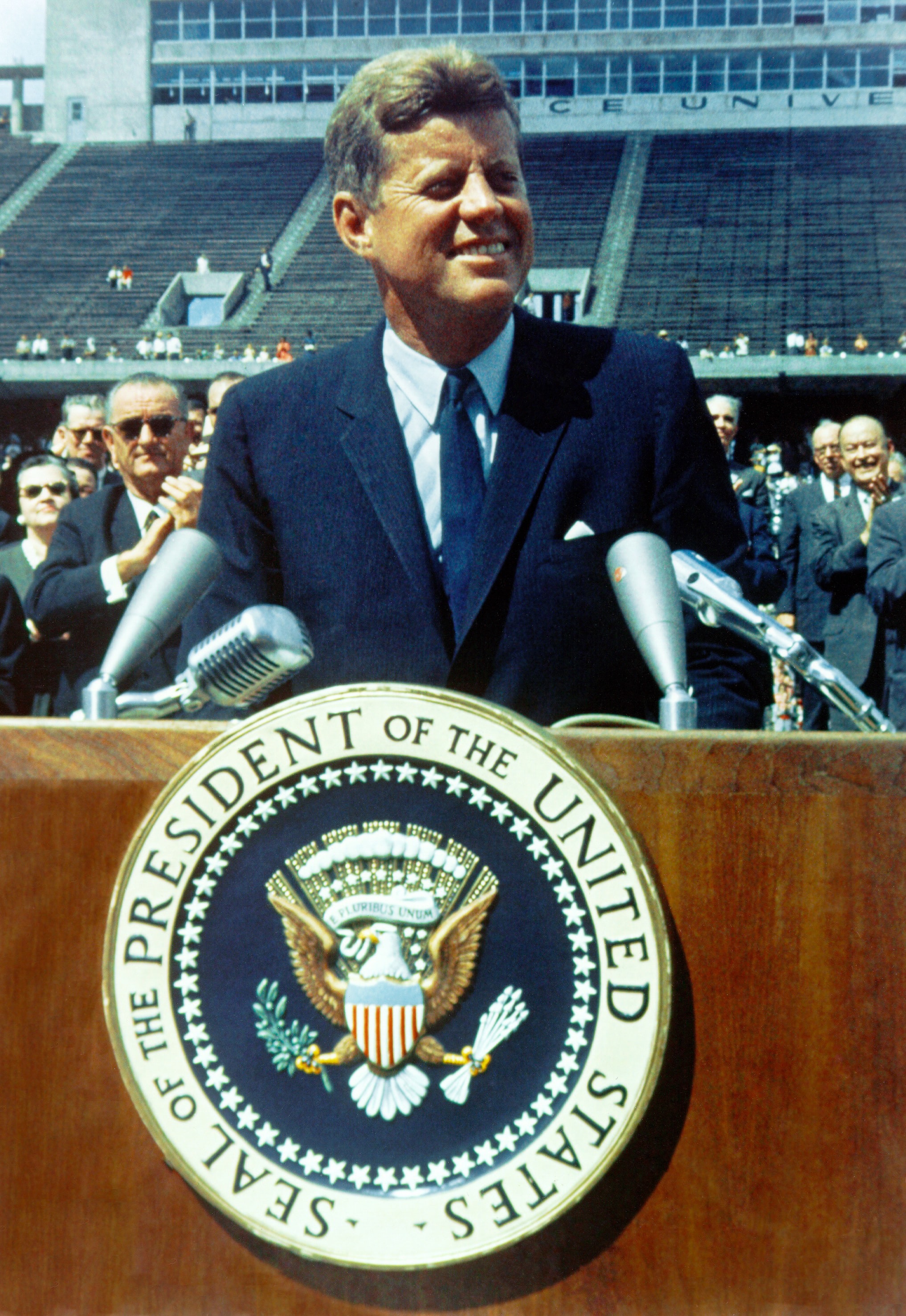 Read the following excerpts of a few famous speeches.

John F. Kennedy: “In the long history of the world, only a few generations have been granted the role of defending freedom in its hour of maximum danger. I do not shrink from this responsibility — I welcome it. I do not believe that any of us would exchange places with any other people or any other generation. The energy, the faith, the devotion which we bring to this endeavor will light our country and all who serve it — and the glow from that fire can truly light the world. And so, my fellow Americans: ask not what your country can do for you — ask what you can do for your country. My fellow citizens of the world: ask not what America will do for you, but what together we can do for the freedom of man.”

William Wilberforce: “But when I reflect, however, on the encouragement which I have had, through the whole course of a long and laborious examination of this question, and how much candour I have experienced, and how conviction has increased within my own mind, in proportion as I have advanced in my labours;-when I reflect, especially, that however averse any gentleman may now be, yet we shall all be of one opinion in the end; when I turn myself to these thoughts, I take courage – I determine to forget all my other fears, and I march forward with a firmer step in the full assurance that my cause will bear me out, and that I shall be able to justify upon the clearest principles, every resolution in my hand, the avowed end of which is, the total abolition of the slave trade.”

Mahatma Gandhi: “I believe that in the history of the world, there has not been a more genuinely democratic struggle for freedom than ours. I read Carlyle’s French Resolution while I was in prison, and Pandit Jawaharlal has told me something about the Russian revolution. But it is my conviction that inasmuch as these struggles were fought with the weapon of violence they failed to realize the democratic ideal. In the democracy which I have envisaged, a democracy established by non-violence, there will be equal freedom for all. Everybody will be his own master. It is to join a struggle for such democracy that I invite you today. Once you realize this you will forget the differences between the Hindus and Muslims, and think of yourselves as Indians only, engaged in the common struggle for independence.”

One thing these speeches have in common – and why they are so powerful – is they answer a question that is intended to lead the hearers to action. There is some unanswered question each tackles. Do we have what it takes, individually, to maintain freedom? John F. Kennedy knew it was worth the struggle. Do we have the resolve, the energy it takes to continue to fight? Winston Churchill affirms so. Should we end the abomination that is the slave trade? William Wilberforce demands it. Is it worth the effort to continue to fight for freedom? Gandhi encourages us toward this goal.

In each of the speeches, whether explicitly used or not, they end with a question. Oftentimes they are asking, “What will you do now?” There is a reason why motivational speeches are so popular on social media like YouTube and Facebook. It’s the same reason why we love a good rousing speech in movies, in books, and even in real life. They drive us to action because they awaken within ourselves an understanding and motivation that was not there before. With that new motivation, they implicitly ask, “How will you now act?”

Questions don’t need to be explicitly stated to be a powerful question. Nor do they need to be verbally answered. So, if the question isn’t explicitly stated and there is no verbal answer, was there even a question at all? It is a mental exercise to think of this one. It’s akin to the tree falling in the forest. But psychologically, the answer is yes. You can never ask a question explicitly and never receive an answer, and it can be just as powerful as a question that was verbally asked and answered.

Many good quotes are actually implicit questions. In fact, we often answer quotes that have no direct question. Here are a few quotes with follow up questions that may naturally come to you as a result of reading the quote.

“Be yourself; everyone else is already taken.” (Oscar Wilde)
Question: Have I been trying too hard to be like everyone else?

“You know you’re in love when you can’t fall asleep because reality is finally better than your dreams.” (Dr. Seuss)
Question: Have I felt that way?

“What we can or cannot do, what we consider possible or impossible, is rarely a function of our true capability. It is more likely a function of our beliefs about who we are.” (Anthony Robbins)
Question: Where am I limiting myself because of an incorrect belief of who I am?

“If you don’t stand for something you will fall for anything.” (Malcolm X)
question: What have I fallen for because I haven’t taken a stand?

“For every minute you are angry you lose sixty seconds of happiness.” (Ralph Waldo Emerson)
Question: What time have I wasted being angry when I should have traded it for being happy?

“Do one thing every day that scares you.” (Eleanor Roosevelt)
Question: What have I done lately that has scared me? What will I do today that scares me?

The New Symbol of Our Persecution The Purpose of Asking Questions

The Purpose of Asking Questions