Dare We Challenge The Concept of “Management”? 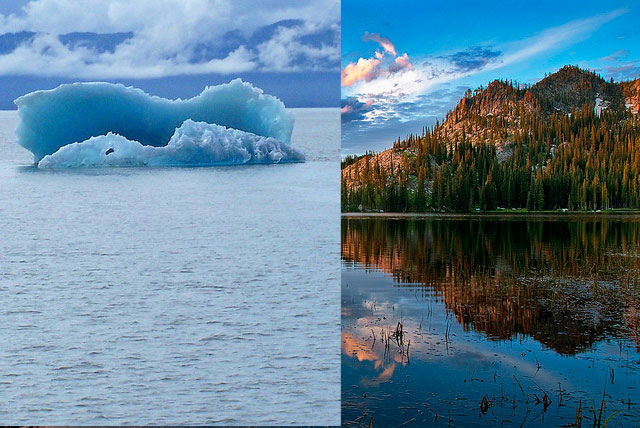 We have cultural norms that are so normal we don’t ever question them.  They just are.  And going against them is craziness because, “That’s just the way things are.”

But what if they aren’t.

What if what we assumed was correct was only a cosmic fad?

My father introduced this idea to me when I was young – I would guess I was about eight years old.  I don’t remember the original point, but the conversation is one I will always remember  He asked me what it would be like to live in a world where water was a different temperature each day.  The idea was pure lunacy to my young mind because that is not the way water works.  “But what if it did work that way?  What if it was hot one day and nearly freezing the next, and the next only lukewarm?”

Over time this question eventually brought on a whole different level of thinking.  “You mean those things that I have taken for granted – the ones I have assumed would be steady – I can challenge?”

Why yes, yes you can.

To further that logic, what if water was as it is today – stable –  and the assumption was that it would never change, but then it became unstable and did vary in temperature?  How would that change the way we live?  What effect with that have on our everyday lives?  How would we think about water differently?

I have been oddly fascinated with the concept since my father and I had that discussion.

As I have grown I have found this concept would present itself time and time again.  It has appeared in relationships, work, religion, philosophy, physics, biology, and my construct of how the world fundamentally works.

When we don’t challenge our assumptions, we try to put ourselves in a safe place and stay there.  But then we get stuck.  One way people get stuck is to get a steady full-time job and think they are safe.  That is until they are laid off and are devastated.    They never saw it coming and don’t have a backup plan.

There are probably thousands of pieces of our lives that we take for granted and make a grand assumptions.

One of those assumptions is that management is like the air we breath.  If we have an organization, the way to manage them is by management – the stuff MBAs are made of.  In fact, it has become such an integral part of how we work that to try to explain management without using the word manage would be difficult for many.  It just is the way it is.  It is our organizational air.

But what if it isn’t?

What if we were able to “manage” a workforce, a company, processes without management in the way we think about the word?  Is it possible?   Dare we challenge the notion?  Dare we reimagine organizations?

Not only should we challenge it, but I believe there exists a need to do exactly that.

Just because we can take a new balloon and blow air into it, it does not mean we can do that forever.  At some point it will pop.  Conditions change. The latex becomes thinner, weaker, and more vulnerable.

Just because we have been able to manage companies in the past using “standard” management principles we learned in college does not mean that those best practices won’t change and possibly ruin our business if we don’t change.  And when they do change, how will we recognize them?

We can either challenge them or let the balloon pop and allow the circumstances to challenge us.

Which will you play?

The Future of Work, Best of the Best Posts – Sept 15 Are You Waiting to be Buried?

End the Celebration of Mediocrity