Social Business Failure #10: Assume This is About Being Social 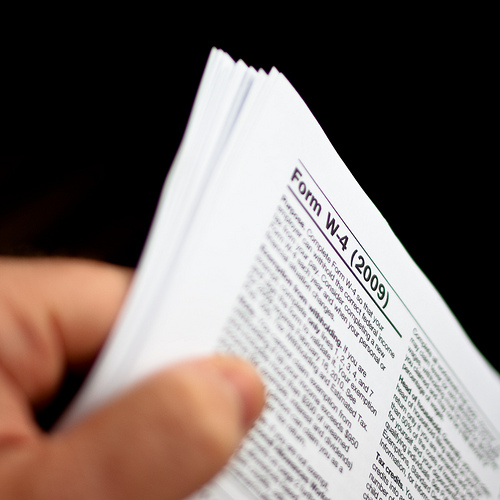 In preparation for a meeting, I came in early and set up the computer and projector with the organization’s social networking application.  My job was support a team lead as she rolled out how they will use the tool to totally revamp and streamline their on-boarding process.  The first two ladies came in.  As they talked among themselves, one of them looked up at the screen and said, “What is that?”

“Oh, its our social networking site.  I don’t know much about it.”

“I don’t know – neither do I. I have been in a couple times, but haven’t done anything.”

I sat back, silently, smiling, knowing that they are about to be asked to use it and wondering what their reaction will be in an hour.

After everyone arrived, the meeting kicked off.  The team lead talked about the current process and how difficult it was.  They all agreed: it was a real pain and had been for some time.  Then the lead talked about how she found a way to decrease the frustration and at the same time create more accountability, more visibility and decrease the time to bringing a person on to the payroll.

All sat and listened and gave input.  At the end she asked, “Is this something we can all do and commit to?”  Everyone agreed – this was going to be far better than what they have now.  They were all ready to adopt this new process.  This included the ladies who wanted nothing to do with the tool an hour earlier.

It’s Not About Being Social

Why did the lady’s attitude change?  At first, for them, it was all about “social” and they wanted nothing to do with it.  When they realized it was about getting work done and the word “social” was never used, suddenly they saw the benefit.

Social technologies within organizations are about working differently to get the job done better, more efficiently and effectively than could be done before.  It is about improving business.  When we approach the workforce from the standpoint of a business consultant, focusing on integrating it into their workflow, helping them to transform the way they work, and they see the benefits, it is hard not to give it a try.

Social is a byproduct of the work and the environment, not the product itself.

This is a video I have promised to do for some time.  It is in response to those who won’t even consider social technologies with their organizations – now or in the future.  I have heard about all of the excuses – and for the most part I don’t buy any of them.  They range from “Our culture won’t support it” to “It is a waste of my time” to “We have better things to focus on.”

It’s like saying, “This new thing called the phone is nifty and all, but we don’t need it.”  You don’t know it yet – but yes you do.  And eventually it will come.  The question is, when will you allow it?

Most don’t dive in because of two factors: Fear of the Unknown and Fear of Change.  Now, honestly, it is FEAR?  They may not label it that, but I believe so.  Social Technologies for this group are unknown and they usually don’t want to know anything about it because of their incorrect preconceived ideas – they actively resist it.  They also think that everything at their company is working well enough.

So did Blockbuster and Borders.

(Unfortunately, I couldn’t find a picture of parachute pants without stealing a photo.  Oh well.)

Do you remember parachute pants?  They were cool for about a month and then they suddenly weren’t cool anymore.

Bell bottoms were in style for longer, then they were ugly.  Now, renamed as “flair” they are cool again.

But some things never lose their usefulness and don’t go out of style.  Like toilets. And door handles.  And, unfortunately, fruit cake.

And ever since we started using it, social technologies within organizations – no matter what we have called it – has has only proven to be more and more useful.

For those who haven’t taken it seriously yet – it’s time.

For many people, just the name “social networking” scares the bejeebers out of them.  Why?  I have found two main reasons: fear of the unknown and fear of change.

Fear of the Unknown –  There are so many factors with this one.  But the way to overcome it is to try it out and prove your theories right or wrong.  You just have to jump in.  Or you could continue to do nothing about it.  But with as big as it’s getting, I wouldn’t recommend that approach.

Fear of Change –  Now, believe me, I get it. Changing the way you work is not an easy thing to do.  You’re comfortable with what you do and how you do it.  Much like everyone was comfortable 1903 with the way they travel, even after the wright brothers made some crazy flying contraption.

Only hearing about why you might want to use social networking in your company will only sink so far into your brain.

It isn’t until you actually try it out.  That is when the AH HA moment comes, and it all starts clicking.

Kind of like my son who would never think of kissing a girl.  But I guarantee the AH HA moment WILL come.  I just hope it doesn’t come too quickly. But I hope it comes quickly for you.  Well, not the kissing part, the social networking part.

So the only way to figure it out is give it a good sustained try.  Don’t just quit after a week of lame attempts.  Find someone who knows and understands all this social stuff and ask them what you might start with.  Then, let the clicking begin.